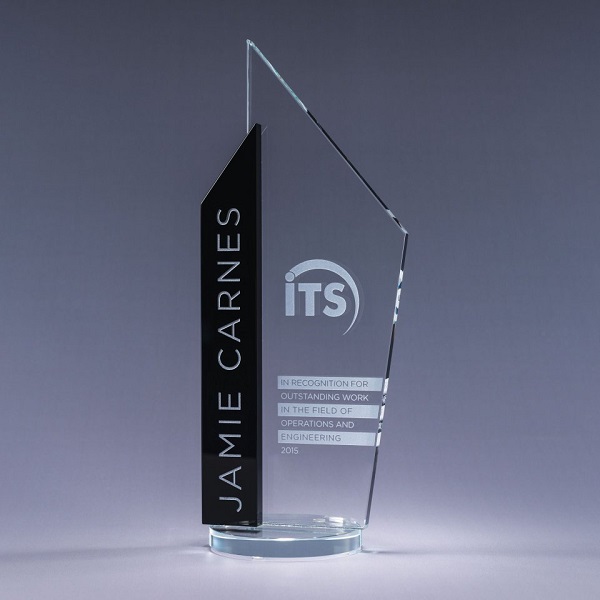 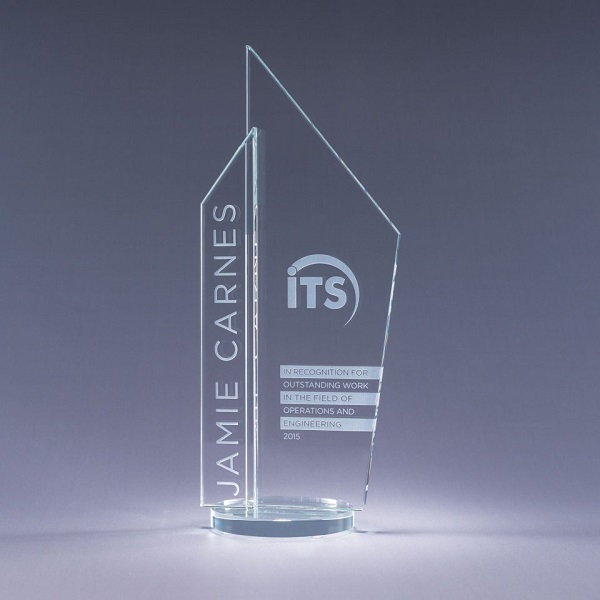 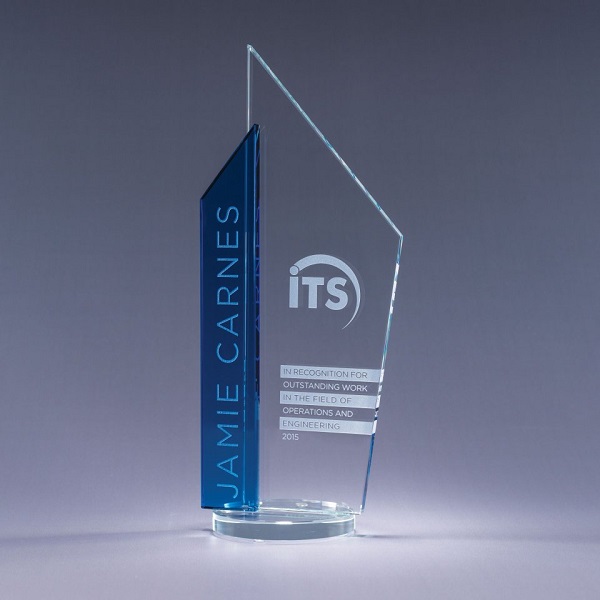 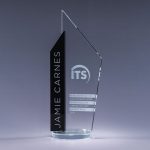 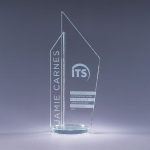 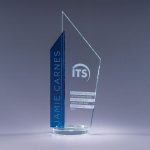 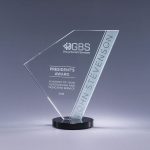 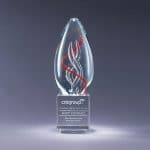 Option of Black, Clear, or Blue & Option of Engraving or Digital Print

Our Skape Award borrows its name and silhouette from today’s urban landscape. Designed to put emphasis on the recipient’s name, this dimensional award is a profile of one who has achieved great things. Comes in black, blue, and clear.

It sounds like an overarching statement, but it’s actually kind of true. Every company’s awards event is like a night at the Oscars, the premiere event in Hollywood for which everyone works and looks forward to the entire year. It certainly should be. If a company’s team culture doesn’t look forward to awards night with the kind of
anticipation that rivals Hollywood, you’re doing something wrong. In spirit, the Academy Awards and the awards and trophies companies give to top performing team members have much in common. You are recognizing the very best for their talent and hard work. Most importantly, the best work goes on to inspire new work and accomplishments. At its heart, recognition award ideas are self-perpetuating appreciation. We’re not just patting each other on the back. We’re inspiring each other to do even more great work. It’s not what we’ve done this past year that’s most important. It’s what we’re going to accomplish next.

When searching for the perfect gift for a client, partner, board member or employee, choosing the right gift for the occasion is important. Trophies and plaques, art glass awards, boardroom barware – these are all great options. But sometimes, like at a retirement or when you solidify a new partnership, you want to honor the longevity of the relationship. That’s where clocks personalized with an engraving come in. They’re a beautiful and traditional way to symbolize your appreciation of that professional relationship and the work that went into it. They’re great display pieces that are also useful, and the recipient is sure to appreciate all over again each time they check the time.